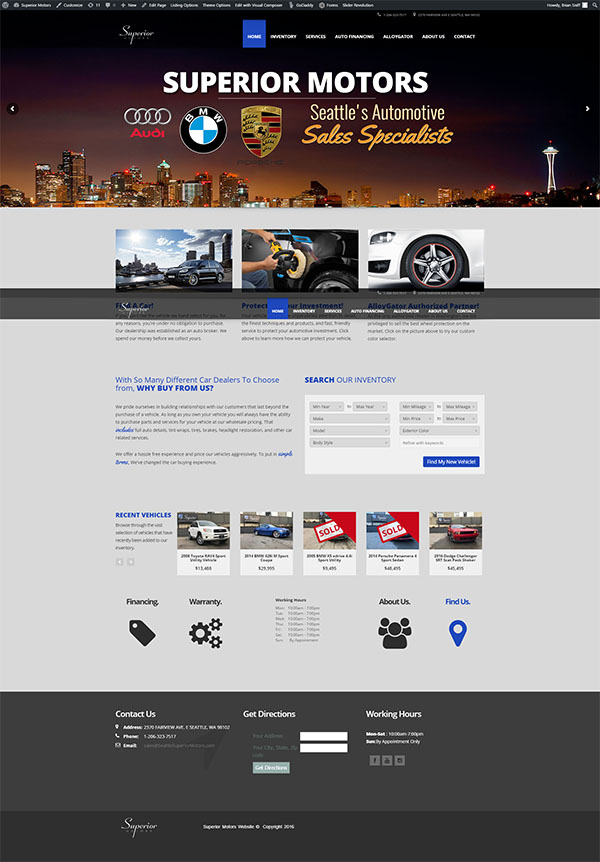 The Seattle Superior Motors project was presented to me by the clients whose previous webmaster had moved and abandoned the project. The site was in need of various bug fixes, updates, and content changes. Updates included the theme, the main plugin that operates the automotive listings, several design changes, the integration of CarFax, and various supporting plugins.

Additionally, the site was connected to Facebook via Jetpack’s Publicize module in order to broadcast each new automobile listing to their followers. The same was done for Twitter as well.

A new form system was implemented in order to create more sophisticated forms for financial applications, scheduling for various services, and general contact.

We also moved the hosting to our WordPress optimized servers for better site performance. An SSL certificate was added as part of the package to ensure that all forms were secure for their site visitors.